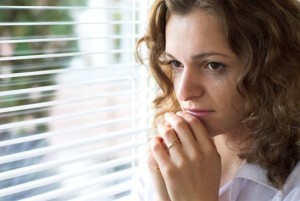 5 HTP is a supplement that is derived from a plant called Griffonia simplicifocia. It is also called 5 hyroxytryptophan and oxitriptan. The human body actually produces 5 HTP from the amino acid called tryptophan before converting it to serotonin. The latter is a neurotransmitter with numerous effects on the brain like mood improvement and hunger suppression, among others. However, doctors suggest the use of a 5 HTP supplement instead of taking a serotonin supplement because the former can access the brain via the blood stream.

5 HTP has been suggested as a possible treatment for depression. It has also been linked with other health problems like headaches, attention deficit disorder, premenstrual syndrome, insomnia, and social anxiety disorder or social phobia.

There are various types of phobias that people go through, like fear of heights (acrophobia) or being stuck in an elevator (agoraphobia), or fear of spiders (arachnophobia). But there’s also a phobia of being with people called social phobia.

Such social situations may be so frightening for a person with social phobia that he or she gets anxious just thinking about them. In most instances, a person who has shyness and social anxiety will do anything to avoid these social situations.

There are several triggers of social phobia. Perhaps the most common is performing in front of a large audience. It can also be caused by meeting new people or being the center of attention.
Social phobia can be initiated by engaging in interactions like making small talk, or talking with important people, or speaking up in a meeting. Going on a date can also make you anxious, as well as attending parties or other social gatherings. You could also end up embarrassed when you are performing on stage or being watched by other people while doing something.

Physical symptoms of social phobia include blushing and shortness of breath. You may also experience upset stomach and hot flashes. Your heart may beat too fast, and you could tremble or shake. You may also exhibit a shaky voice, and feel dizzy.

There are behavioral symptoms of social phobia as well. You may avoid social situations to the point that it could limit your activities. Or you could choose to stay quiet and hide in the background so that no one would notice you. Or you would always bring along a buddy wherever you go.

Social phobia can have its long-term implications. You could underachieve at work or at school because of your fear to interact with other people. Outside of the school or office, you may have few relationships. You could even have troubles getting a partner because you’re always anxious to meet new people, or to go out on dates. In severe cases, people with social phobia may develop other psychological disorders like substance abuse or depression.

So how does 5HTP treat social phobia?

5 HTP supplements increase the levels of serotonin in the brain. Serotonin is a neurotransmitter that is linked with enhanced mood and overall behavior. It is for this reason that 5 HTP is believed to have a positive impact on mood and sleep. It is also known to improve appetite.

Moreover, it is said to be effective in the treatment of anxiety disorder by promoting relaxation. When you are relaxed, it is more likely that you’ll feel comfortable being in front of a huge crowd, or meeting new people, or going out on a date.

It is hypothesized that people who suffer from social phobia have reduced serotonin activity in the brain. In fact, one of the ways of treating panic attacks is the prescription of a class of medications called selective serotonin reuptake inhibitors (SRRIs). These are drugs that increase the levels of serotonin in the neural synapses of the brain, and have been scientifically proven effective in treating not only social phobia but also depression and obsessive compulsive disorder.

5 HTP is not found in the foods we typically consume. This explains why you can only get the chemical by taking 5 HTP supplements.

Social anxiety is a phobia that many people must deal with on a regular basis. The supplement 5 HTP provides a natural social anxiety treatment to help people deal with this condition with out drugs or lifestyle changes.