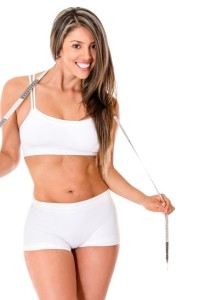 5-hydroxytryptophan, or simply 5HTP, is a chemical compound that has a lot of wonderful effects on the human body. Read below about the 5 HTP benefits available to you today.

Do you find losing weight a very difficult, if not nearly impossible, goal? Are you often described as moody by the people around you? Do you find it hard to sleep at night? If you answered yes to any of the questions, then a supplement containing 5HTP or 5-hydroxytryptophan may just be what you need.

5-HTP is a chemical compound that naturally occurs in our bodies. Also called oxitriptan, our bodies produce it from the amino acid called tryptophan which we get from food sources such as chicken, milk, turkey, potatoes, and seaweed.

Once tryptophan is converted to 5-HTP, it is then changed into a neurotransmitter called serotonin which plays a critical role in regulating our moods.

5-HTP found on commercially available supplements is derived from the seeds of Griffonia simplicifolia, an African herb. It is used for treating various conditions such as depression, sleeping disorders, anxiety, headaches, migraine, binge eating, premenstrual syndrome, and even Parkinson’s disease. There is no other known food that can provide 5-HTP.

A 5 HTP supplement is said to have a lot of uses. Those backing these claims, particularly the manufacturers of 5-HTP supplements, say there are clinical studies to prove that 5-HTP has a lot of health benefits.

For instance, 5-HTP has been linked as a potential weight loss chemical because of its ability to suppress appetite.

A few small studies have backed up this claim, with one study showing that those who were supplemented with 5-HTP ate fewer foods than those who took placebo. The conclusion was that the substance makes a person feel more satiated, so the participants in the study ate less.

Another study had overweight women taking 200 mg of the supplement prior to each meal. It was found that they took 1,084 fewer calories a day compared to those who took a placebo. Additionally, the participants who took 5-HTP felt less hungry.

Another follow-up study compared the effects of 5-HTP during a diet and non-diet period. The results of the study showed that those who took 5-HTP dropped around 2 percent in body weight while they were on a non-diet phase, and up to 3 percent when they were on a diet. On the other hand, those who took placebo did not have any change in weight.

Curiously, the dosage of 5-HTP supplements in the studies was quite high. Consequently, many of the participants said they experienced nausea after taking 5-HTP.

Another of the popular 5 HTP uses is improvement of symptoms of depression. Similar to the action of antidepressants such as selective serotonin reuptake inhibitors, 5-HTP increases the amount of serotonin in the brain.

Several studies, although using a small sample size, show that taking 5-HTP supplements orally could improve depression symptoms. Specifically, doses of at least 50 milligrams taken for two to four weeks may be enough to treat depression.

There is also some basis that combining 5-HTP with cardidopa, a drug given to people with Parkinson’s disease, can also improve symptoms of depression. One study had 99 patients given a combination of 5-HTP and cardidopa. At the end of the test, 43 of the participants said their conditions improved.

However, there is also a risk that taking 5-HTP with cardidopa can lead to scleroderma, a condition wherein the skin becomes inflamed and hardened.

A 5-HTP dietary supplement may also be handy for you if you have troubles sleeping. One study had participants taking 5-HTP and most of them slept faster and more soundly compared to those who took a placebo.

According to researchers, 5HTP 200 mg to 400 mg a night may be needed for stimulating serotonin. However, it may need at least six weeks of continuous use for 5-HTP to be effective for sleeping disorders.

5-HTP is also said to be effective in improving symptoms of fibromyalgia such as pain, fatigue, and anxiety, as well as migraines and headaches. However, most of the studies on the effects of 5 HTP on these conditions have mixed evidence. There are other studies that concluded 5HTP has no effects on said conditions.

For the most part, HTP5 supplements are considered safe for short-term use. After all, 5-HTP is a naturally occurring compound in the body.

But there are also reports that this type of dietary supplement can cause gastrointestinal side effects. Some online reviews indicate that it may cause nausea, abdominal pain, diarrhea, and nausea.

To minimize the risks of side effects, you should take the manufacturer’s instructions. Also, don’t take this supplement beyond a period of 12 weeks.

You should also avoid using this supplement if you have been using anti-depressants like SSRI. Taking 5-HTP with these anti-depressants can lead to serotonin syndrome, a condition characterized by mental changes, fluctuating blood pressure levels, hot flashes, and comatose.

5-HTP is also not to be used by children, pregnant women and breastfeeding mothers, as well as those who have liver disease.

How Should I Use It?

5-HTP supplements are usually available in tablet form. The price may range from $10 to $20 a bottle. It can be purchased from drug stores and online stores.

It is recommended that you take the pill at least 30 minutes before a meal. For faster absorption, take 5-HTP pill with a glass of water.

The recommended dosage of 5-HTP is 50 milligrams to be taken 1 to 3 times a day. There are some studies that indicate higher dosage may be needed for the supplement to be effective, but this can also increase the risks of side effects.

5-HTP has a lot of positive effects on people particularly in helping users lose weight safely and in enhancing mood. It may even be useful in enabling you to sleep better at night and in improving the symptoms of depression. Just follow the dosage instructions so that you would be able to avoid any side effects. Also, remember not to use this supplement for more than 12 weeks.