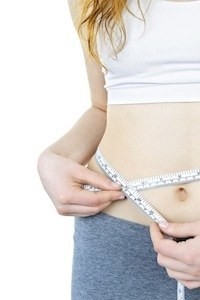 Naturally produced in the body, 5 HTP is a compound which is also produced by plants, notably the shrub indigenous to South Africa known as griffonia simplicifolia. It is considered by some doctors to be an effective appetite suppressant and thus helpful in weight loss.

What 5-HTP Is and How It Works

5-HTP is converted from tryptophan, and then converted again into a chemical known as serotonin, a neurotransmitter that sends signals to your brain cells. Note, however, that foods contain tryptophan, not 5-HTP. Since we are unable to get the sufficient amount of tryptophan from the foods we consume daily, 5-HTP supplements have become available on the market.

Specifically tasked to increase the brain’s serotonin levels, 5-HTP, as some studies have suggested, may help reduce eating behaviors as well as decrease caloric intake leading to weight loss. And since serotonin helps in the regulation of mood and behavior, it may also have some positive effects on anxiety, pain sensation, and sleep patterns.

To make it easier for you to understand how 5-HTP works, all you have to remember is that it works primarily in the central nervous system and the brain when it increases the production of serotonin.

Because of 5-HTP’s ability to increase serotonin synthesis, it has become a factor in treating obesity, depression, insomnia, and other conditions that are related to behavior and mood.

5-HTP appears to have the ability to reduce food consumption by increasing satiety, the feeling of fullness. Although studies are currently conducted only in women, at least one study with mixed gender subjects has shown that 5-HTP benefits both males and females. A better description of 5-HTP should, in fact, be less than its ability to suppress appetite than its ability to increase satiety.

For this article, let us focus on 5 HTP as an appetite suppressant, especially in obese individuals. A supplement such as this can help both over-eaters and emotional eaters by controlling how much calories you consume so that eating habits as well as diets are more consistent.

Here are some of the benefits which you can obtain from taking 5-HTP supplements on a regular basis:

Are There Any Side Effects?

Taking a 5-HTP supplement over a serotonin supplement is more advantageous because the former can pass through your bloodstream and directly access your brain to increase serotonin levels quickly. The higher your serotonin levels, the more your hunger will dissipate. Between 1989 and 1998, five clinical studies conducted on 5-HTP were “double blind,” the research gold standard.

These tests demonstrated significant effectiveness in the majority of the test subjects who used 5-HTP. These tests also revealed that appetite control was not due to effects of a stimulant, a common condition with some weight loss supplements. Caffeine and ephedrine have had success in weight loss but they also affect the central nervous system, a turn-off for many people.

The effects of both caffeine and ephedrine also diminish over time, making users eventually increase their doses. Obese individuals who have hypertension, or high blood pressure, for instance, will be adversely affected by additional stimulants like caffeine and ephedrine. This makes 5 HTP for obesity prevention or control without the stimulant effect a godsend.

5-HTP, according to doctors, is safe to use for a maximum of, or shorter than, 12 weeks. There are exceptions, however, as to who can use 5-HTP. Before you decide to take 5-HTP supplements, make sure that you have discussed it with your doctor, who would know whether or not you are at risk should you take these supplements:

• Side effects – such as nausea, diarrhea, abdominal pain or vomiting – may be experienced by those with existing gastrointestinal problems when they take 5-HTP supplements.

• Those who are on antidepressant medications and those with severe depression or bipolar disorder should not take 5-HTP; it may considerably increase depression and induce suicidal thoughts.

• Pregnant and breastfeeding women should not take 5-HTP because the effects of 5-HTP on fetal development and nursing infants, respectively, have not been clinically studied.

How to Take a 5-HTP Supplement

According to a report from the University of Maryland Medical Center, a 5-HTP of 50mg in vegetarian or gelatin capsules may be safely taken once to thrice daily. The University of Pittsburgh Medical Center (UPMC) reported that a typical 5-HTP supplement dosage may be between 100mg and 300mg thrice a day. This dosage can be reduced when the supplement begins working.

Between 600mg and 900mg in 5 HTP weight loss dosage may be prescribed for the treatment of obesity through appetite suppression but in all cases, the initial dosage starts with 50mg a day, lowering that amount if other drugs which may interact with serotonin are being taken as well. 5-HTP must be taken with a lot of water.
Take 5-HTP is best taken an hour or two before consuming a meal or on an empty stomach. This ensures that your appetite is suppressed and you won’t have the tendency to over-eat. Experts on weight loss say that 5-HTP is most suitable for individuals who crave foods rich in carbohydrates which are converted into sugar that may become stored fat if not burned off.

Where to Buy These Supplements

5-HTP supplements are available online as well as from health food suppliers. Just make sure that you get your supply from a reputable company. Depending on the brand’s quality, these supplements could cost anything from $20 to $40 per bottle or higher sometimes. If the price is too low, it may mean that the product is of inferior quality so read the label carefully.

If you are considering using natural supplements for weight loss and appetite suppression, consider taking a 5-HTP supplement after you have discussed it with your doctor to find out if it is safe for you. Additionally, your doctor would know if you actually need it for mood disorders, fibromyalgia, depression, insomnia and other sleep disorders, anxiety, impulse control.