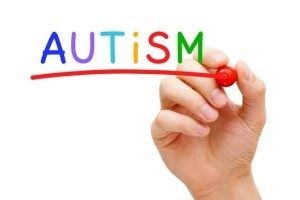 5-HTP is short for 5-Hydroxytroptophan, and it’s one of the latest wonder supplements being touted in medical circles recently. It’s the precursor for serotonin, and as such it is also believed that it may be a possible treatment for autism. This is just one of the many possible benefits of 5 HTP.

Autism is actually a group of developmental disorders. It’s most common symptoms include hampered communication, very little social interaction, and limited or repetitive behavior patterns. Most of the time, genetic factors are blamed for this condition.

Autism is not yet a fully understood medical condition, and research is still ongoing. Even diagnosing autism isn’t easy. That’s because it shares many symptoms also found in other Pervasive Developmental Disorders such as Rett’s Disorder, Childhood Disintegrative Disorder, and Asperger’s.

About 4 times as many boys are affected by autism as girls. Autism is called a spectrum disorder because there’s a very long list of possible symptoms that can appear in many possible combinations. Usually though, these symptoms appear before a child turns three years old.

5 HTP or 5-hydroxytryptophan is a dietary supplement. It is an extract from the seed of the plant Griffonia simplicifolia which is mainly found in Africa. It is used in alternative medicine for a wide variety of symptoms, and now scientists are considering its use for autism as well.
Your body also produces 5 HTP by converting the amino acid L-tryptophan. 5 HTP is in turn the precursor to serotonin. Serotonin is part of many of your natural bodily functions, and it affects your digestion, sleep, sexual behavior, mood, and appetite.

The Connection between 5 HTP and Autism

This is the main connection of 5 HTP to autism. 5 HTP is a precursor to serotonin, and that a crucial factor in autism.

One 2007 study conducted by Belgian scientists illustrates one of the 5 HTP benefits autism researchers may find useful. The scientists administered 5 HTP to several test patients with autism, and the responses the scientists measured demonstrated that a significant number of autistic patients showed considerable deficiencies in brain serotonin turnover. These serotonin deficiencies, it was hypothesized, may factor in the symptoms that autistic patients show.

Another study conducted by scientists in Switzerland was published in the March 2011 issue of “Molecular Genetics and Metabolism”. The study tried to investigate the connection between autism and genetics.

The scientists focused on one autistic child, whom they found to have specific genetic abnormalities which accelerated the reabsorption of serotonin in the central nervous system. This led to depleted serotonin levels autism researchers found in the brain synapses of the patient.

The scientists then administered 5 HTP, and partial improvement was seen in the patient’s symptoms. Presumably, the 5 HTP boosted the levels of serotonin autism patients were deficient in.

Some other anecdotal accounts of using 5 HTP for treating autism have also surfaced among online journals of parents with autistic children. One set of parents found that the 5 HTP they administered to their child helped tremendously, as it calmed the patient’s tantrums and boosted communication with the child.

Another set of parents reported that Epsom salts with 5 HTP and melatonin enabled their autistic son to sleep through the night. In addition, their son also stopped sleeping on the floor.

Pros and Cons of 5 HTP

When it comes to treating autism, the first and most important rule is that you need to discuss everything you want to try with your doctor first.

You will also need to be very careful about where you get your 5 HTP. The health supplement industry is not closely regulated by the FDA. Some manufacturers have their products made in countries where quality control is lax, and your 5 HTP supplement may be laced with contaminants that can cause unwanted side effects.

Even if you happen to get 5 HTP from a reputable manufacturer, side effects may still occur. Some people use 5 HTP for weight loss, and your patient may suffer from gastrointestinal disturbances. Since 5 HTP is a precursor to serotonin, your patient’s mood may also be affected, and so may their blood count. A seizure is also possible.

It is also not advisable to use a 5 HTP supplement if the patient is taking any medication that may already increase serotonin levels. This may result in an extremely high level of serotonin and lead to serotonin toxicity syndrome.

Initial research studies do suggest that 5 HTP can help with autism patients, especially by alleviating symptoms caused by deficient serotonin levels. But it must be admitted that there is still a lot of unknowns in this area of study, and that should give any parent pause. Parents can’t just administer 5 HTP to their autistic children without first consulting their doctor.

Many parents with autistic children tend to study the topic of autism by themselves and they can learn many things about the condition. If you feel that your research suggests that 5 HTP may benefit your autistic child, turn your research over to your doctor. Your doctor is the best person to evaluate whether it is a good option to use 5 HTP for treating autism in your child’s case.